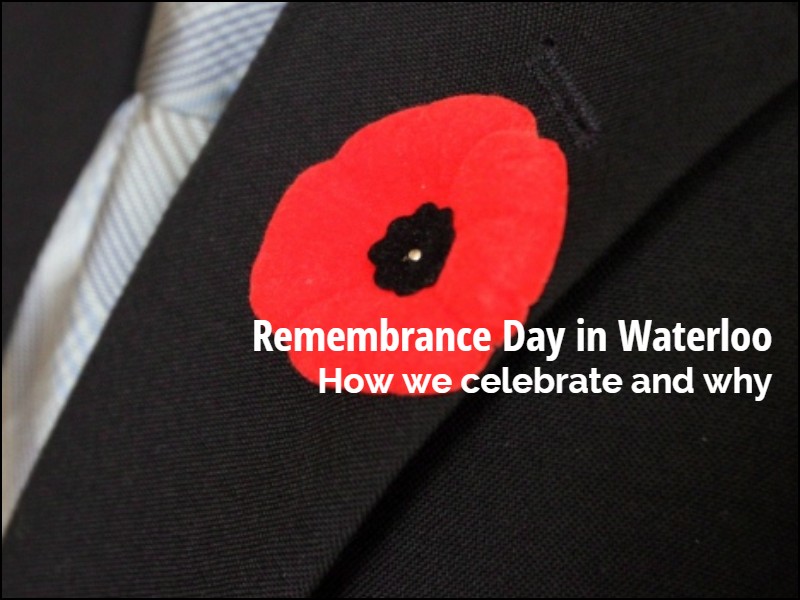 November 11th is Remembrance Day, a day set apart to remember and honor those who have served in the Canadian Armed Forces, not only in Waterloo but across Canada. Throughout Waterloo, Ontario this solemn  occasion will be observed in classrooms, businesses, monuments and homes.

Remembrance Day has its roots in Armistice Day, a day set aside to remember the signing of the Armistice, or treaty, that ended World War I on November 11, 1918. This was and is observed in countries that fought in World War I to remember and commemorate the end of what was then called “The War to End All Wars”. Traditionally ceremonies take place at 11 AM local time, marking the exact moment the war ended: the eleventh hour of the eleventh day of the eleventh month. When the clock strikes 11 AM across Canada, the country stops in its tracks to observe two minutes of silence whether in formal, organized ceremonies or in moments of personal reflection during their daily routines.

For a time in Canada, Armistice Day and Thanksgiving were actually observed on the same day, fixing Armistice Day to the Monday on the week the 11th fell on. However, in 1931 Parliament separated the two holidays, when Thanksgiving was moved to the second Monday in October. Armistice Day would be renamed Remembrance Day and moved back to November 11th to remember those military members who have given their lives both in war and peacetime efforts.

This is vastly different from how our American neighbors observe November 11th. Like Canada, America did observe Armistice Day but the holiday was changed to Veterans Day in 1954 after the end of the Korean War. However, Veterans Day is set aside to remember all veterans both living and dead. Americans observe their Remembrance Day equivalent, Memorial Day, in May. The American idea of Memorial Day actually predates the Armistice Day concept and instead has its roots date back to the Civil War.

With the combination of the centennial of the beginning of World War I occurring this past summer and the recent tragedies in both Ottawa and Saint-Jean-sur-Richelieu, it is especially important this Remembrance Day to take time to remember those Canadians who have given their lives while serving in the military. Residents of Waterloo, Ontario have several opportunities to pay their own respects in several ways around the region on Tuesday. The Waterloo chapter of the Royal Canadian Legion is hosting a parade down Regina Street North. The parade starts at the Legion (At the corners of Dupont and Regina) at 10:15 AM, and proceeds to City Hall for a ceremony at the cenopath at 10:30. Additionally, Hespeler (20 minute drive from Waterloo; at the cenopath on Queen Street ), Cambridge (25 minute drive from Waterloo; at Queen’s Square), and  Preston (20 minute drive from Waterloo; at the King Street cenopath) all have ceremonies at 10:30. Kitchener’s ceremony begins at 10:45 at the corners of Duke and Frederick Streets, and New Hamburg (25 minute drive from Waterloo; on Jacob Street) starts at 11 AM. Additionally, you can take time for a personal moment of remembrance at the Veterans Memorial in Waterloo on University Drive sculpted by local artist Timothy P. Schmalz.

If attending an event isn’t possible for you, you can show your visible support for our veterans by purchasing a wearing a red poppy on your lapel. The poppy campaign directly benefits local veterans through funding for medical equipment, medical research, home services, long term care facilities and many other much needed and well earned services.

Remember New to Waterloo as your single source for information on Waterloo’s lifestyle and schools. 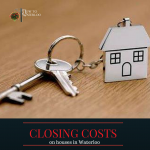 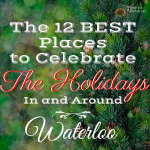 The 12 Best Ways to Celebrate the Holidays In Waterloo Ontario