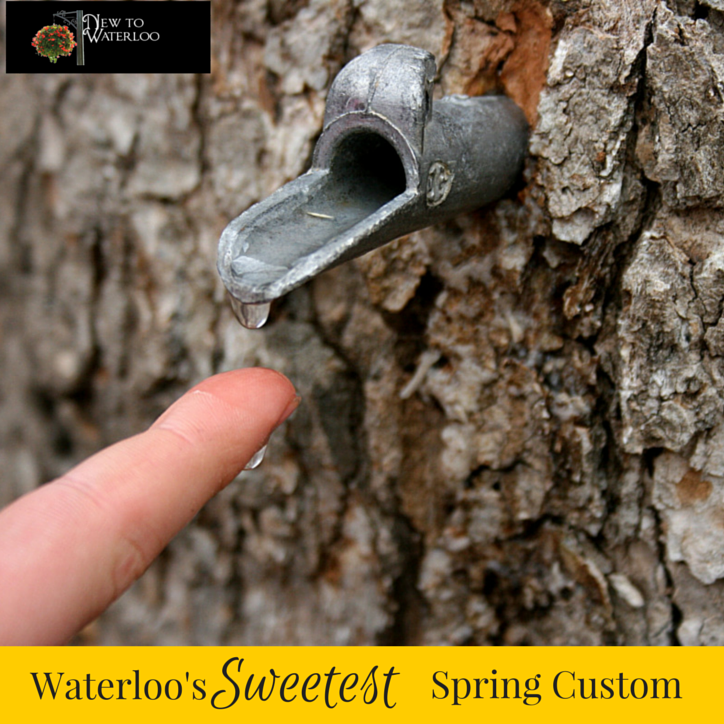 When I was a youngster, I lived in Montreal. And every February, we as children looked forward to Carnaval season. Our neighbourhood would hold an annual festival at the community centre and there are two things I remember most: Bonhomme de Neige and maple syrup. We gobbled spoonfuls of the golden nectar poured atop pans of fresh snow (yes, minus the rabbit droppings and twigs). Think of it as a maple flavoured snow cone. 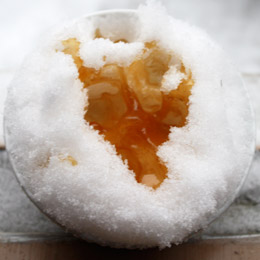 Maple syrup on snow is a favorite spring treat of local kids in Waterloo Ontario and it’s surrounding towns.

And years later, when I was just 15, I enjoyed a 3 day visit with ‘ma joumelle’ (my French exchange ‘twin’) from Quebec. When we kids from Edmonton arrived in Quebec during their Carnaval season, as a special treat we were taken deep into the woods to an honest- to-goodness maple sugar shack. And we had a party in the winter depths of rural Quebec. Now, that’s pretty authentic.

And now, fast forward three decades, I live in St. Jacobs – an area rife with the ‘liquid heaven’ that we have all come to covet and prize. And everyone who lives in the township and beyond knows how prevalent maple syrup is. In fact, I just learned that the maple syrup industry creates about 600 jobs in our region, along with a whopping $23 million impact (who knew?).

There is, of course, the very well attended Maple Syrup Festival every single year, where thousands of people flow – much like the sap they seek – into Elmira to partake in lots of consumption and general family fun (as an aside, you can find out more about the Elmira Maple Syrup Festival here. March 28 is the date of the big event!). And every year, in spite of a track record of chilly and/or rainy weather, the people still come. The long line of snaking traffic oozing into Elmira that day conjures one word in my mind: pilgrimage. And I need to add here that annually, there is a “First Tap” ceremony which includes local dignitaries and producers (I wonder if there is an official syrup dance ritual to tempt the generosity of the syrup Gods?). 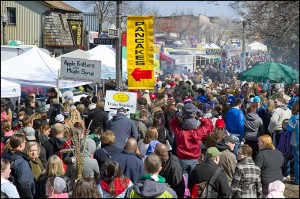 Each year, tens of thousands of visitors descend on Waterloo Region for the Elmira Maple Syrup Festival.

Beyond this annual event, maple syrup infiltrates our lives in the region beyond one special day. It is a common sight around here to see Mennonites parked by the side of the roads throughout the townships with buggies pulled over, selling jug upon jug of the finger sticky, tongue tingly, beautiful liquid. I have been maple syrup-free for the last two weeks as I anxiously await the arrival of our household addiction. Two weeks is a longggg time around here to be without; we are high and dry and gettin’ cranky.

Last year I said to my children, “let’s have a new tradition! Every year, we will pour a shot and toast one another with ‘Happy Maple Syrup Day!”. And we did. We poured 2 ounces of maple syrup, clinked our shot glasses, and sucked her back. Oh, my sugary goodness; it is borderline substance abuse.

Maple Syrup season surely is a time for celebration. For all of us who are not involved its production, it heralds not only a new season of consumption, but also symbolizes the advent of Spring as much as our first sighting of a robin on our lawn.

It means we’re just a month away from birds chattering, rivers flowing and children laughing outside once again. Let There Be Syrup, I say. 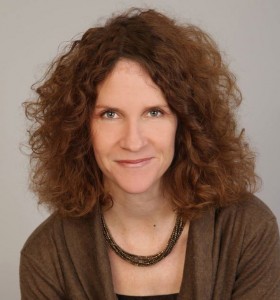 Carolyn Parks is Co-founder of 100milegifts.ca, an online gifting store that promotes the highest quality, most unique items and experiences produced locally within a 100 mile radius of Waterloo Region. Stay tuned for the official launch in mid-April. She can be found on Twitter @100MileGifts, Facebook, and Pinterest. 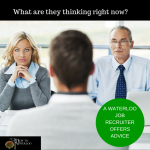 A Waterloo Ontario Job Recruiter on how to stand out 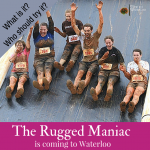 The Rugged Maniac is Coming to Waterloo Ontario