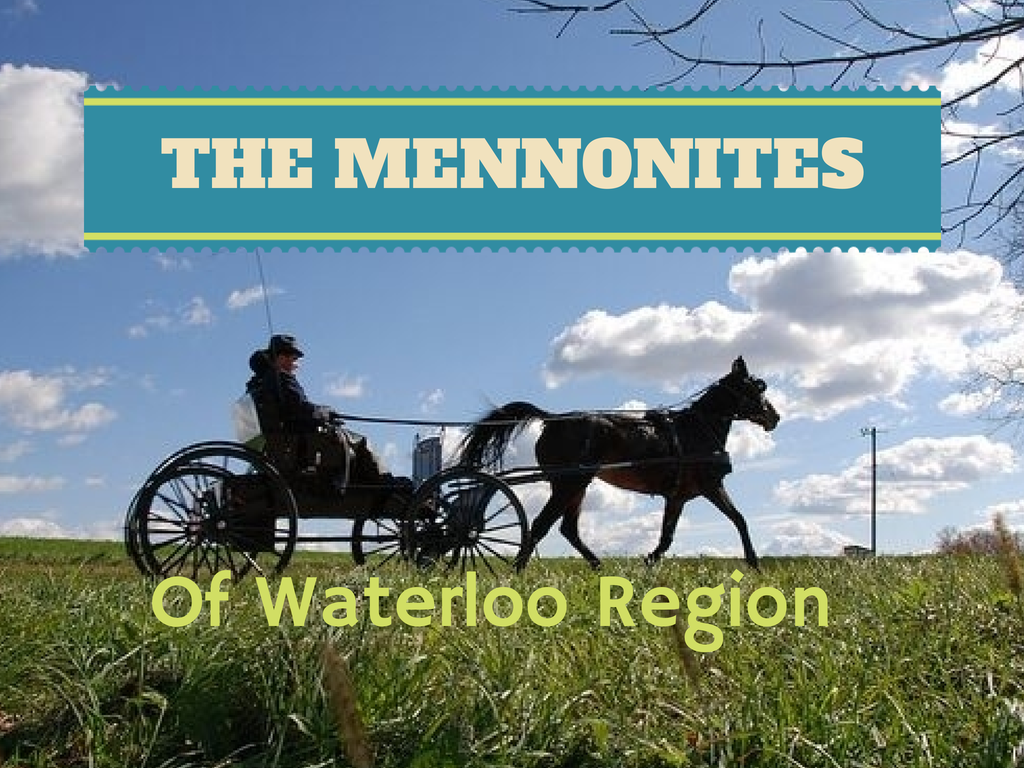 The Mennonites Around Neighbourhoods In Waterloo Ontario

Throughout Canada, and especially in Waterloo, Ontario, there is a very strong presence of Mennonites in the region. When you move to Waterloo Ontario you’ll see the old order Mennonites frequently.  You’ll notice their horse and buggies parked in neighbourhoods in Waterloo Ontario like Laurelwood, as they shop at garage sales. Mennonites are often seen on King Street selling their homegrown products like maple syrup and summer sausage. Many businesses like Home Depot in Colonial Acres provide covered parking for the Mennonites’ buggies.

Neighbourhoods in Waterloo Ontario like Lakeshore North are next to old order Mennonite farms that are still owned and run they way they were some 200 years ago. It can seem strange in a technology city like Waterloo to see people who live without any modern amenities.

Who were they? How did they come to Waterloo? What do they believe in? Read on and learn how neighborhoods in Waterloo Ontario are connected to these pioneering people.

Who Are The Mennonites?

The Mennonites are named after Menno Simons. He was a priest in the Catholic Church in the 16th century in Europe. He joined those who refused to conform to the religions of the day. The Non-Conformers, as they were called, refused to bear arms or swear oaths in court, just as they never believed in the baptism of infants.

Having suffered persecution for hundreds of years, these people eventually moved to the United States and founded their own colonies there. They thrived and their population grew.

An Old Order Mennonite buggy is tied down in front of a local store (Waterloo Region, Ontario).

How Did They Arrive in Canada?

During the American war of independence, Mennonites were again subjected to persecution because they refused to bear arms. Their horses and farm produce were seized as part of the war effort and since many still had sympathies for the British who had undertaken to exempt them from any military service or judicial oaths, it became very easy for them to move north to Canada where the British Empire still prevailed.

Another strong reason for their move was the need for farmland. Mennonites heavily relied on agriculture and as their population grew, the land in Pennsylvania became more and more congested which created a need to move and get more expansive land on which to farm.

Pennsylvania was no longer that attractive so pioneers like Joseph Sherk and Samuel Betzner moved 450 miles inland into Upper Canada. Sam Bricker, John Eby, Christian Eby and others are firmly etched upon the history of Waterloo and Kitchener as they played an instrumental role in the creation of settlements there.

What Do Mennonites Believe?

Like their ancestors, the Waterloo Mennonites are against the baptism of infants. Only consenting adults get baptized. They also refuse to swear judicial oaths and they don’t accept warfare in any form, or the bearing of arms.

Mennonites believe in dressing modestly, avoiding all the modern amenities like cars and telephones, and holding Sunday as sacred, refusing to do any business (or speak about business) on ‘The Lord’s Day.’ You’ll find the Mennonites to be very friendly and happy to answer questions about their lifestyle. Be sure and take ride into Waterloo Region where you’ll see caravans of Mennonite buggies leaving church on Sunday, farmers on their tractors leading a team of plow horses, or Mennonite boys in their straw hats and suspenders walking down the road. Be polite though: Mennonite parents (like any parents) are sensitive about strangers photographing their children.

These followers of Menno Simons are very industrious and have been very successful throughout the ages. They prefer to keep to themselves since their belief system is very unique from what the rest of society upholds.

The Mennonites have been very instrumental in shaping Waterloo into what it is today. Their simple lifestyle is a welcome presence in a fast paced city like Waterloo.

Learn more about Waterloo here or visit our Pinterest board: “Waterloo Region” to see more photographs of the Waterloo Mennonites 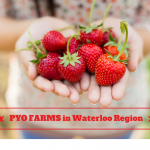 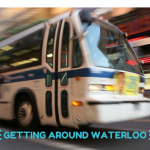