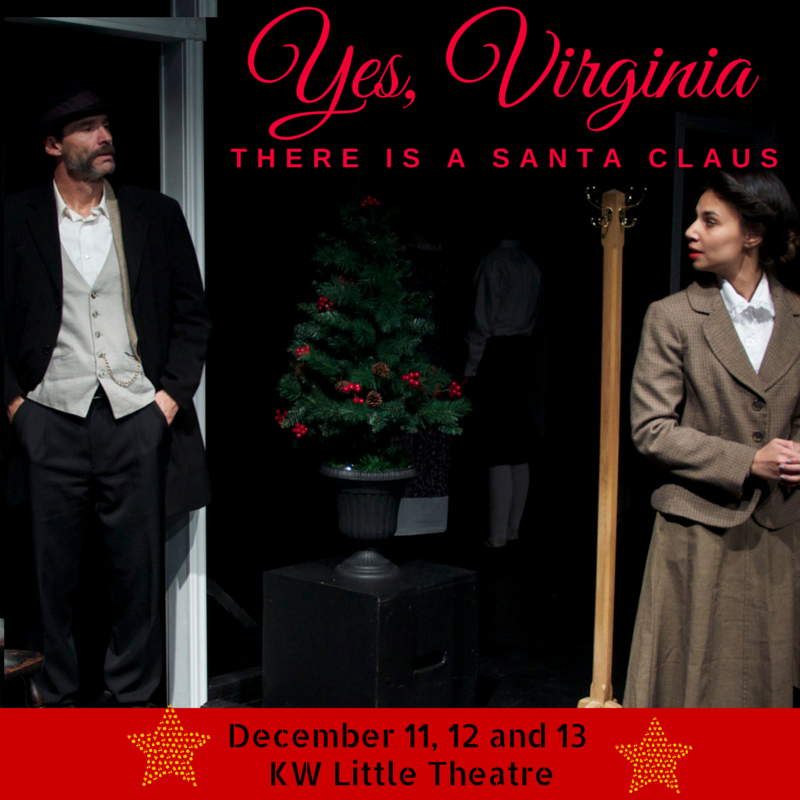 Folks in Waterloo Ontario have the chance to celebrate the magic of Christmas in Uptown Waterloo with the perfect holiday show. Kitchener Waterloo Little Theatre’s production of Yes Virginia, There is a Santa Claus is a moving family drama that will remind you of the joy of the season, the beauty of life, and the power of belief.

The show is inspired by a simple letter written over 100 years ago by 8-year-old Virginia O’Hanlon to the New York Sun. KWLT’s performance of Yes Virginia, There is a Santa Claus blends minimalist elements and dramatic storytelling to share the story of Virginia and the Sun’s reporter Frank Church, and their ability to inspire each other to believe in life’s highest beauty and joy— the magic of childhood.

“I love the message that this show shares at this time of year; of seeing the world through the eyes of a child, the magic found in everyday life and the power of believing in something bigger than yourself” says director Adrienne Steer of the show, which is based on a teleplay written by Val DeCrow and Andrew J. Fenady. Showcasing the production in KWLT’s intimate, black box space was a challenge. Instead of a traditional set, the show uses a free-standing door frame, two windows, and a few furniture pieces to create 14 different scenes and locations throughout the show. Fourteen actors play the 52 people and a cat mentioned in the teleplay.

Kitchener-Waterloo Little Theatre has been a part of the Waterloo community since 1936, providing a place to be entertained and to entertain. It is located at 9 Princess Street East, right in the heart of Uptown Waterloo. The theatre is a close-knit community that is always welcoming in new members, as actors, technicians, or audience members. The theatre produces five main stage productions each year, from plays by local playwrights to Shakespearean classics.

Yes Virginia, There is a Santa Claus runs until December 13th with shows on Thursday, Friday, Saturday at 8PM and a 2PM matinee on Saturday. Tickets are $15 for general admission, with group rates available. For tickets, please see http://kwlt.org/yes-virginia-there-santa-claus or email boxoffice@kwlt.org. 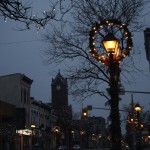 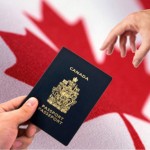